The armored cruiser “Georgios Averof” (G. Averof) is a historic ship of modern Greece. Although it is referred to as a battleship, it is a shielded cruiser, class PIZA (a copy of the Italian armored cruiser “Pisa” built in 1907 on the basis of a design by the shipyard Joseph Orlando) built at the Orlando yards in Livorno, in the period 1908-1911, and joined the then Royal Hellenic Navy.

The ship took part in the 1st Balkan War as the flagship of the Fleet, under Rear Admiral Pavlos Kountouriotis. The commander of the ship was Captain Sophocles Dousmanis. Averof participated in the liberation operations of the Eastern Aegean islands and played a key role in the battles of Elli (December 3, 1912) and Lemnos (January 5, 1913) against the Ottoman Empire when, using its superior speed, the bulk of his range of firearms, was detached from the rest of the Greek fleet, and taking autonomous action threw the enemy fleet into flight by pursuing him. Kountourioti’s tactics gave the victory and the undisputed control of the Aegean to Greece, the ship and the admiral became living myths.

In 1984, the Navy decided to turn it into a floating museum (Marine Naval Battle Museum “George Averof”) and transferred it to Faliro.

He has been there since and honors with his presence the Greek Navy and the naval heritage of Greece. 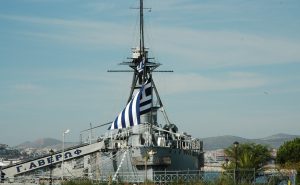 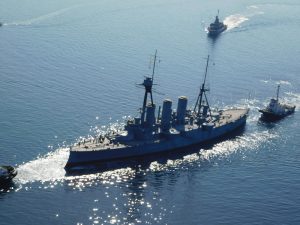 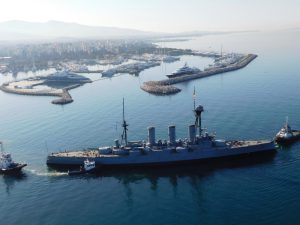 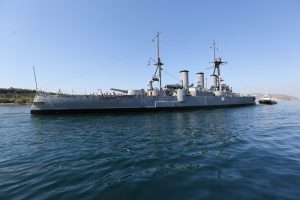 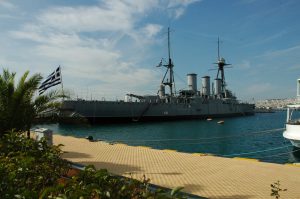 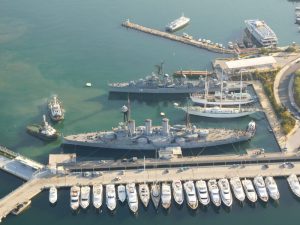 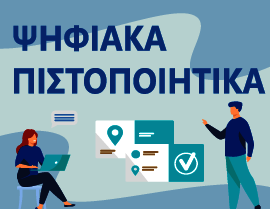 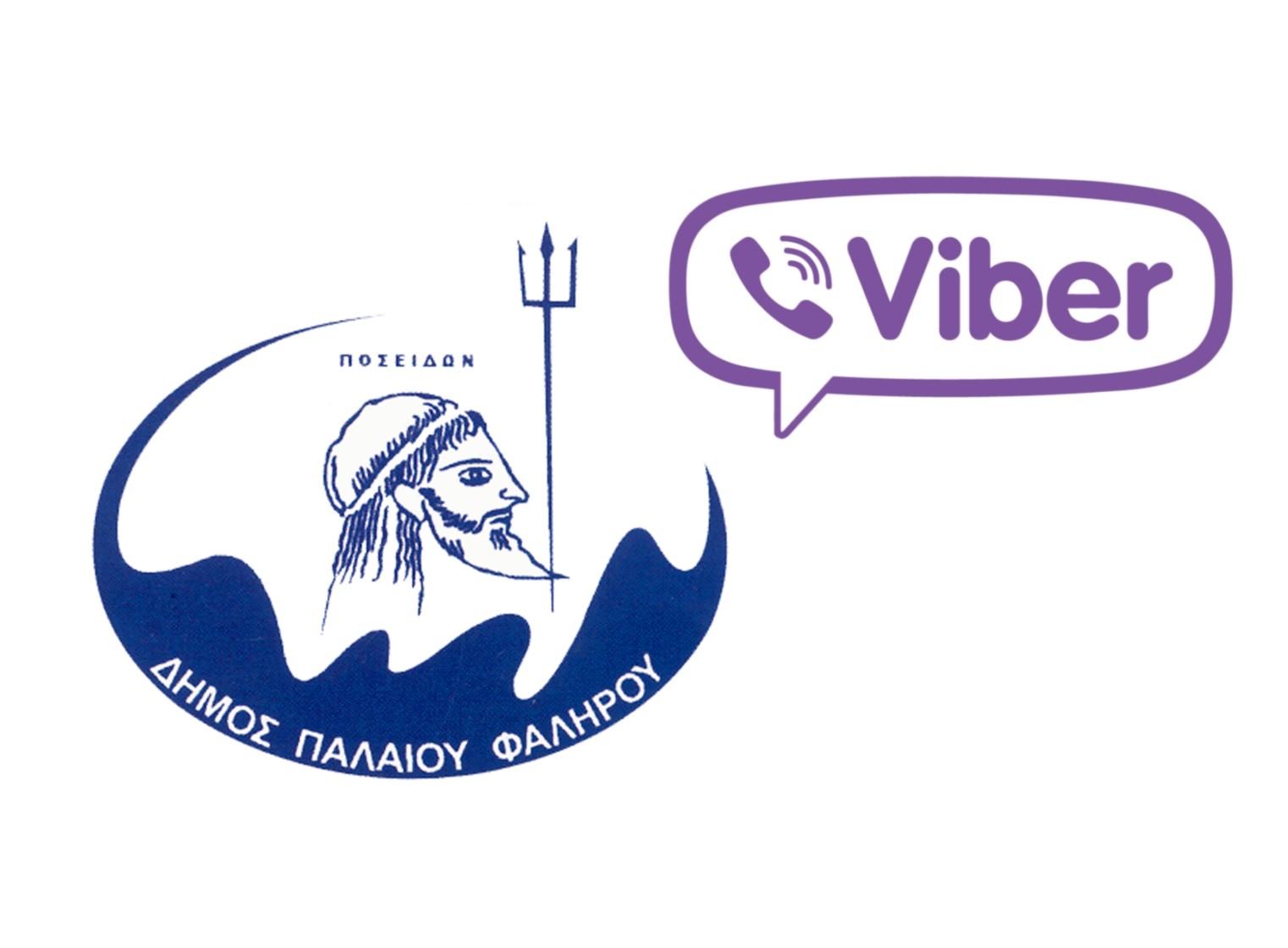